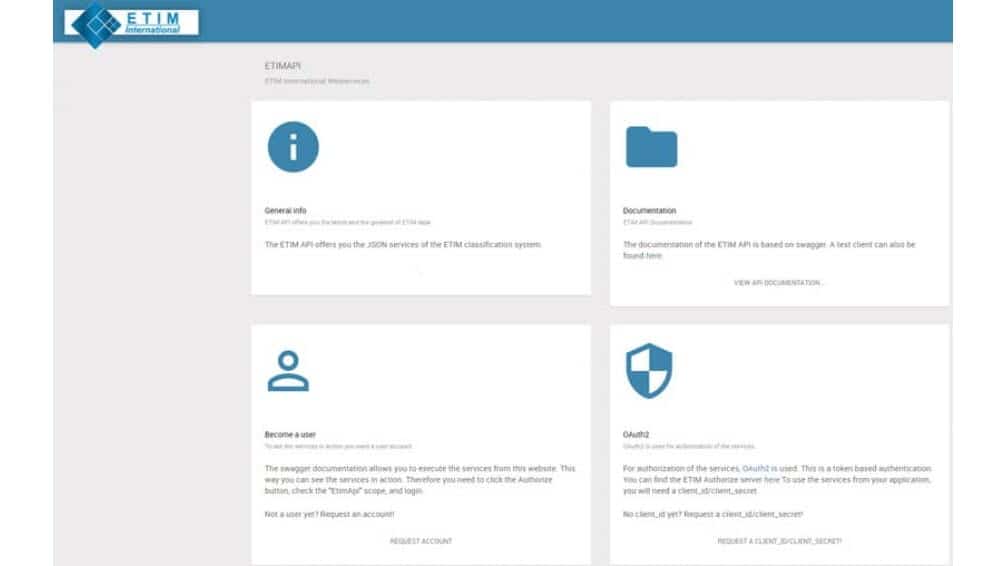 After the first release of the ETIM API in November 2018 we received some feedback and identified some imperfections and improvements. Therefore we decided to develop and publish a new revised version. In this new version, in addition to some minor improvements, we introduced a separate service for class details with change codes to the previous version. Also you can choose for a metric, imperial or combined version. We hope and thrust that with these changes the ETIM API will serve your needs even better than before. In the future we expect to extend the ETIM API with more services. Interested? See https://etimapi.etim-international.com/.